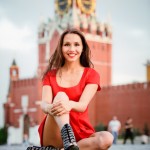 1. Are there any PR practices in which you think your region differs from PR in other part of the world?

Yulia Kiseleva: One of the most requested services is the positioning of experts in the media. According to the Russian mentality, the higher the position of the spokesperson in his company and industry and the better his performance as a reliable expert, the better the image of the whole company will be represented.

We present our experts to the media – for example during a press-breakfast – and inform the media about the topics we are going to talk about. The media knows us very well and we receive regular requests from journalists for quotes and industry expertise. Thus we are able to position our clients in the top media.

Regarding the mix of PR initiatives and tools, I also see a difference between major western PR markets and Russia. Here in Russia, PR industry is still very much event-driven, and  celebrities, especially for the lifestyle sector, are very popular. “Just” providing information is not enough. If you are preparing a press event, you always have to keep in mind that location and atmosphere – including food and drink – will contribute as much to the success of the event as the topics presented.

You also have to be aware of important details regarding the work with the media and their own working process. In the editorial offices you have the following situation: there is a journalist who writes the article, and an editor who creates the headlines. As the headline has to attract the attention of the reader, the editor tries make it catchy which is a real risk for clients. You can have a very positive article, but the equivocal headline can destroy the effect. And we have a similar problem with the positioning of the articles on the news page: One day we managed to place a very positive article for one client, including a big picture of the owner. The article took about half of the page. And on the same page – on top of the text about our client – the editor placed his article titled “You should be able to identify swindlers by their face”.

Yulia Kiseleva: Don’t underestimate the complexity of Russian language – the localization of Russian texts is still a major obstacle for a foreign company on the way to a successful PR campaign in Russia. Especially localizing web-texts may become a real headache, as they seem to be so easy to translate, but often national connotations are not recognized and adequately translated. Translations should always be done by Russian native speakers – a incorrect translation can kill a whole campaign.

The second most popular mistake is to avoid press events when a company doesn’t have Russian-speaking representatives. Here Russia differs from markets such as France. First of all, it’s no problem to find a good interpreter and secondly: Russian journalists like foreign specialists. This is based on a common belief in Russia that foreign experts are more reliable and competent than Russian ones. So if you have foreign speakers at a press conference, you will most probably have even more participants from the media.

A third common mistake is choosing outdated TV for today’s campaigns. For some reason, some companies believe they are still popular, but this is definitely not the case. These ads look very old-fashioned and unattractive to Russian viewers.

Yulia Kiseleva: My first advice is to find a local agency which understands the Russian background and mentality. A foreign agency most probably will not be able to know which PR instruments will be the most efficient ones in Russia, while a Russian agency will be capable to develop the most efficient and successful mix of services and instruments to reach the clients’ PR goals. Additionally, a local PR agency will have the necessary contacts to journalists, industry experts and key opinion leaders “behind the scene” that keep things going.

At the same time, though, I have to stress that PR budgets in Russia may be significantly higher than in Western Europe – considering that Moscow, economic and political center of Russia, is one of the most expensive cities in the world. To give you an example: advertising prices in a popular Russian newspaper can be as high as 84 000 USD (Arguments & Facts newspaper – circulation in Russia is 3 000 000 pcs.) or 110 500 USD (Antena Telesem newspaper – circulation in Russia 3 800 000 pcs.).

Next week our international PR series will visit Sophia in Bulgaria. Learn why Bulgarian media rarely asks questions in press conferences, why the latest Heineken beer and Pampers campaigns used Facebook as a main communication channel and why the high acceptance of new communication channels causes problems in the use of the local language. 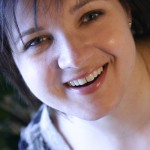 Yulia Kiseleva is Executive Director of GlobalCom Russia – GlobalCom PR-Network’s partner agency in Russia. Yulia has worked in the PR industry for 10 years and has a background in Marketing, Culture and Art.

GlobalCom Russia  is a full-service PR agency founded in 2000 and is one of the key players on the market for Russian corporate communications. The agency provides a unique set of solutions to its customers, including full range of PR methods, advertisement, marketing services, media strategy building, branding, interactive and BTL tools. Among the clients of the agency are companies like the Russian Railways Corp, the Pension Funds of the Russian Federation, Altimo, Oracle, S7 Airlines and, Zepter International. 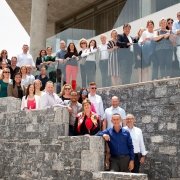 Events in PR – A Russian Perspective 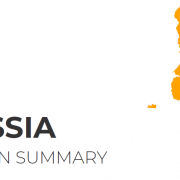