Last week the first part of the interview reportet about the changes in PR in Argentina and the latest trend, to add images and videos to press releases. Part two is about how important the difference between traditional and Argentinian Spanish can be and why you should consider this when planning PR activities in Argentina.

* The series is based on phone or face-to-face interviews and written input, therefore please excuse language mistakes which might reflect foreign language influences

1. Does PR practice in your country differ from other places in the world?

Ana Laura Esposito: Actually, I’m not keen on generalizations. However, I believe not all PR actions carried out in other countries are equally accepted in Argentina. An example of this is web casts and webinars. Definitely, the Argentine press still prefers to attend an event personally and undervalue web press conferences. Argentine professionals value meeting executives face to face and being able to talk to them in person.

On the other hand, while other countries such as the United States have policies preventing journalists from accepting invitations to press tours, in Argentina this is a common practice. The same applies to gifts to journalists on their birthday, on Journalist Day and New Year parties. In fact, those days are ideal for companies to honor journalists through their PR consulting agencies.

Another widely accepted practice in Argentina is exclusive meetings (for breakfast or lunch) of an executive and a journalist to get to know each other in a more casual atmosphere than a corporate event. A great number of companies would rather organize this kind of event than the traditional 20-or-more-journalists event.

In conclusion, although social media have a privileged role in institutional communication strategies, some traditional actions can’t be replaced with online actions.

2. Could you describe some common mistakes of foreign companies in the local market?

Ana Laura Esposito: Even though Argentine people speak Spanish, like in most Latin American countries, our dialect is quite different from the Spanish spoken in Peru, Mexico or Central America, just to mention a few examples. That’s why it’s not considered correct for PR campaigns to spread their message in a “neutral” Spanish, which sounds “foreign” in Argentine ears. A typical example in the IT business is the use of “ordenador” or “la Internet”. Actually, in Argentina we say “PC” or “computadora”, and “Internet” without the article.

Another frequent mistake of foreign companies, especially from the United States, is to believe that all journalists have an outstanding command of English. Then, they spread material especially developed for the press, but in English. A very common case is videos, which can be seen on YouTube.com in English without any subtitles. Therefore, local professionals find themselves limited. Another common example is the launch of products. Although products are available in the local market, the price given is the one used in the United States.

3. What would clients from other markets need to consider when implementing a PR plan in your country/region?

Ana Laura Esposito: Definitely, they should not take a PR plan implemented in another region and use it as it is in our country without checking and adapting it as necessary.

As I have said in the other questions, when I work with my clients I suggest the following: First, their material must be written in Argentine Spanish. That is why it is necessary to identify and change the terms that we don’t use in our country, such as “computador”, “ordenador”, “la Internet”, “Mercadotecnia”, and others.

Secondly, it is important not to take for granted that journalists and their audience know English. If there are videos in this language, at least they must have subtitles in Spanish. If events are organized with foreign executives, there must be professional translators available. Likewise, if a foreign executive answers a questionnaire in English, the PR consulting agency must translate it and send it to the journalist in his or her language. Although these seem obvious suggestions, they are very common mistakes made every day in our country.

Thirdly, although social media actions are very important today, it is necessary not to overwhelm the audience with multiple messages. We can see that, since information is spread so easily in these online media, many firms distribute so many press releases and pieces of news that the public is burdened. Many journalists feel “invaded” when they receive the same press releases in their Facebook profiles and in their email inboxes.

Finally, we can’t forget that journalists should always be segmented according to their interest (technology, business, etc.) because it is essential to build a good relationship with them and offer data that they will find really useful for their jobs. This is relevant because in many cases, firms don’t really know for certain “who is who” in the media world, which clearly damages their image.

Next week our serie is visiting the Republic of Korea. PR expert John Kim explains why Korean PR changed from “Public Relations” to “Public Engagement” and which particular role the social media plays in Korean PR. 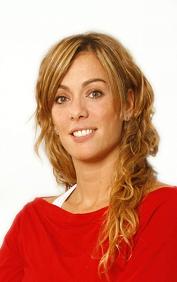 Ana Laura Esposito is General Director of the Argentine PR agency Espósito Marketing – marketing & communication. The company it was found in 2002 and is specialized in IT and Tech market, delivering press and PR strategies for small, medium and large companies as Emerson, Italtel, Dassault Systemes, LANDesk and Sybase among others.

Ana Laura has spent the first 3 years or her career as a specialized IT journalist and then working for an international public relations company based in United States and focused on Latin American market, before founding Espósito Marketing. She  graduated with a Bachelor in Science Communication in the National University of Buenos Aires.