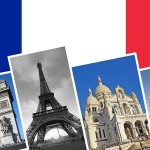 Welcome to part 2 of the first interview in our weekly series on PR trends and practices. As you will learn, GlobalCom and its partners are dedicated to excellent international PR.

After our French colleague Sandra Labérenne reported on current projects and trends last Thursday, today she will share some information on local differences in French PR and common mistakes international clients make in France.

1. Are there any PR practices in which you think your region differs from PR in other part of the world?

Sandra Labérenne: As some of you might have experienced – either in their work relations or even during journeys to France – the French are very self centered. It starts with most French people’s relation to foreign languages but also influences other elements of PR practices. For example, French journalists are only interested in local case studies, local client announcements and news on the activities of the client’s company in France.

Unlike many other countries our press also still prefers face to face press meetings – instead of phone interviews which are much more popular in the USA and the UK for example. As the media business is very much centralized and concentrated in Paris, press meetings are also easier to organize than e.g. in Germany where editors could be based in Munich, Frankfurt, Berlin, Hamburg … . Most of our journalists also only trust French company spokes persons.

Sandra Labérenne: The French media are really allergic to the typical international Marketing phrases. For example every company seems to position itself as “the leader” in their market.

Also most companies send over an international Marketing Manager or somebody from the general Management team, who then presents the big global picture and the global strategy of the company. But these people tend not to have enough local insight into the French market and the activities of their company in France, and as mentioned before, besides a very short summary of the overall picture, the French press will be nearly exclusively focused on the news and information related to France. It is therefore essential to include a local French spokes person into the interview.

Due to the language issue we also have to make sure press material is always available in French. This is essential as companies otherwise risk none of the editors will read or use the material.

Sandra Labérenne: Think French – or if you can’t, pick the brain of a French colleague or PR consultant!

No, seriously: Foreign companies, especially those from the USA, still think of Europe as one region and don’t take into account how different the cultures in Europe can be, and how much impact this has on PR work.

Besides the language issue and other practices described above this also concerns cultural aspects such as punctuality or reliability regarding press meetings or calls. The Southern European understanding of punctuality, e.g. for a meeting – simply differs from that of Northern Europe. If a meeting at a trade fair was confirmed for 2:30, for most French people 2:55 is still nearly on time.

In order to make sure editors will show up at confirmed meetings we call them and send reminders a day before the meeting or even again on the day of the meeting, which would probably be considered a bit over the top in other regions.

On the bright side, we can still arrange lunch meetings with editors who then take their time to really get to know company representatives by combining their lunch break with a business meeting, while in other regions editors might not be able to invest more time than a short phone briefing. And what better place can there be than Paris to enjoy a nice lunch?

Watch out for the next interview in our PR series next Thursday. Yulia Kiseleva from GlobalCom Russia in Moscow will report on current trends and the slightly different “taste” of PR programs in Russia. 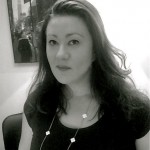 Sandra Labérenne is Managing Partner of Point Virgule in Paris – GlobalCom PR Network’s Partner in France. Sandra has worked in the PR industry for 15 years and has a background in Communication.

Created in 1989, Point Virgule became one of the most important independent French PR agencies. For more than 19 years, Point Virgule has been helping hundreds of clients to build and improve their image and brand awareness and to become market references in the mind of journalists and potential customers. Among the clients Point Virgule works for are companies like Yingli Green Energy, Dimension Data, Akamai, LSI Logic, Alatavia, Fullsix Group, etc. 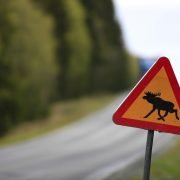