It seems that two years following the 25th January revolution most PR work in Egypt has shifted towards contingency planning and crisis management. According to the Institute of PR, a crisis is “a significant threat to operations that can have negative consequences if not handled properly”. We should add that the even bigger damage is probably the tarnishing of an organization’s reputation; this can be so severe as to jeopardize its very existence.

Crisis can be caused by a variety of factors such as technology breakdown, flawed products, top management decisions, and rumors. In Egypt it seems as though almost all crisis stem from the political turbulence which the country is going through and in which organizations must now operate. Strikes, rumors, new operating procedures, and different economic and financial regulations are all things which organizations must deal with on a daily basis.

A shift in crisis management

Changes have swept the industry following the revolution. As of yet the role of PR agencies has been reactive − companies hire a PR agency only after a disaster has struck and they need help to find the way out. The result is a belated response, intense pressure on both the company and the PR agency and half thought out decisions that may do as much harm as good. However, there is a trend in Egypt for companies with large-scale operations such as telecommunications or in the energy sector to develop crisis-response systems beforehand; I will not go into this because the main features of these plans are almost standardized all around the world. They take this a step further by investing in a media monitoring system to be aware of signs of an approaching crisis. This is an interesting change; in a market where companies prefer to spend all their marketing budget on advertisement it seems that a revolution is what it took to get them to change their tactics.

The media scene in Egypt is also becoming completely fluid − credible newspapers, magazines, news channels and journalists may be frowned upon the very next day only to come back into favor the following day. Part of the credibility of a brand is derived from the credibility of the journalist and news outlet that publishes information about it. Maintaining this credibility has become increasingly harder as the media landscape continues to constantly shift under our feet.

Another change in the field is due to the increase in the usage of social media, which many credit with the success of the revolution. Egypt has 21 million internet users and 11 million of those have Facebook accounts. That number is not high when viewed together with the fact that Egypt’s population is 90 million. However, it is quite compelling once you realize that those 11 million Facebook users are middle class people between the ages of 14-45 with ample discretionary income. In fact this is the exact same segment that companies wish to influence, if not to buy their products then at least to view them in a positive light. 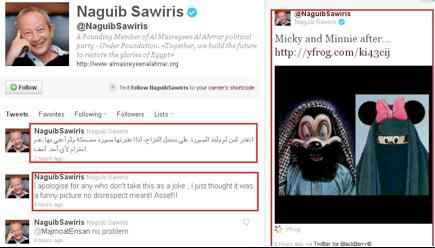 With great changes comes great opportunity, but also great disadvantages. Younger people are increasingly getting their news from social media and follow it closely; prominent political and social figures have yet to play catch up. When business mogul Naguib Sawiris, founder of Al Masryeen al Ahrar Party, tweeted a picture of a bearded Mickey Mouse at 5 in the morning it sparked a huge backlash in public opinion as people thought he meant it as an assault on Islam. The Party which was closely identified with him suffered as a result and two years after the revolution has all but disappeared.

President Mohamed Morsi has taken a leaf out of opposition figure El Baradei’s book and tweeted his condolences after many people were killed in clashes between police and protestors − a move which sparked even more anger against him for not appearing to make a public statement.

The fast paced changes in our industry are keeping us on our toes, but, in hand with that comes the excitement of innovation and a communications revolution. 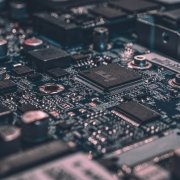 What Does "Digital Disruption" Mean for B2B Tech PR? 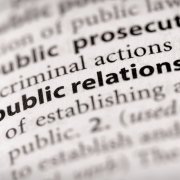 Paid, Owned and Earned Media: What They Are and How They’ve Changed 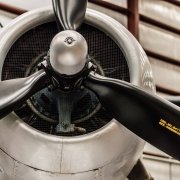 Alitalia and the missing logo: typical story for a crisis manual 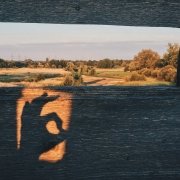 A Broader Perspective to Board Responsibility

Are Clichés in PR Writing Ever OK?

How B2B Tech Companies Can Generate Leads with LinkedIn