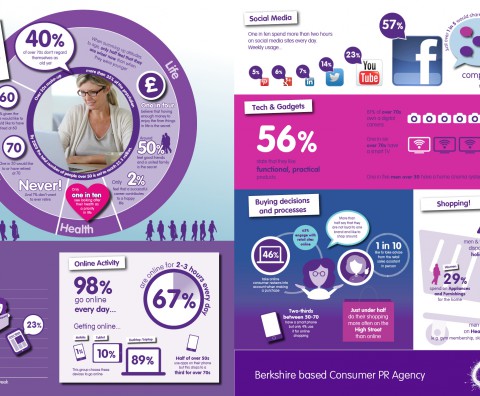 There has been so much debate about just how modern day brands can engage and remain engaged with that all important trend setting Millennial audience.

But, there has been nowhere near that level of interest or focus on marketing to the UK’s more mature customers.

This is slightly bemusing, as we are all very aware of the UK’s aging population, but maybe we have been side-tracked by the very real social impact that our aging population will cause?

And perhaps, in this digital age, the over 50s are not seen to be such an exciting or receptive audience?
But be under no illusions, the over 50s are diverse, savvy and increasingly important for the success of an awful lot of household brands.

The over 50s have the highest disposable income of any age group. In fact, KPMG estimate that over the next ten years, two thirds of retail spending growth will come from shoppers aged 55 plus.

Today, more than 11 million people in the UK are now aged over 65, which already represents some 17.1% of the total population. This means that the number of people in this age group has increased by 17.3% since 2003.

And, this trend is set to continue with estimates showing that by 2050, there will be more than 19 million over 65s.

Just like when marketing to Millennial, great care should be taken not to group the more mature audience into one huge group, and beware if you think that they are not digitally savvy, they are.
It is clear that this new generation of mature customers behave very differently to generations that came before summarised beautifully by the fact that 40% of over 70s don’t consider themselves as old!

Consumer PR agency Escapade has undertaken some research into this growing audience. Take a look at its infographic for some fascinating insight into the behaviours, lives and opinions of this diverse and savvy group.

After eight years of operating from the heart of Reading, this week Escapade PR took a tiny little sidestep into our new Berkshire based offices in Wokingham. After a pretty smooth transition, rather strangely, life on Imperial Way already seems like a lifetime ago.

On the surface, this may indeed have something to do with the niceties that come with a new office, coupled with the buzz from our Arpeggio coffees, but deep routed we know that this is the next chapter in Escapade’s journey to become the foremost consumer PR agency in Berkshire and the Thames Valley.

END_OF_DOCUMENT_TOKEN_TO_BE_REPLACED

This post was first published by Naomi Barry, on Escapade PR’s blog

As we head into November, and with just two pay days left until the big day, at Escapade our minds cannot help but drift towards the right Christmas gift for our nearest and dearest.

What is on trend?  And is anything actually within our budget?

When it comes to kids, you can’t go far wrong with the top ten list from Hamleys, with gifts priced from £25 to £200+.  Interestingly, this year, it is full of tech gifts featuring a  Barbie Colour Change Bag, a LeapFrog LeapTV and a Kiddizoom Smart Watch featuring games, alarm and camera functionality.

For the grown-ups, Currys and PC World unveiled its top 10 predictions for Christmas tech back in July (afterall that’s prime Christmas season in our world) with wearable tech forecast to be the gift of choice for many. END_OF_DOCUMENT_TOKEN_TO_BE_REPLACED

One of the hardest things to get over to clients is that no matter who they are, they can benefit from establishing a public affairs programme. Many feel that speaking to politicians has nothing to do with their primary goals of building awareness or sales (the reason why many small businesses seek the services of a media relations consultant). However, they would be completely wrong. 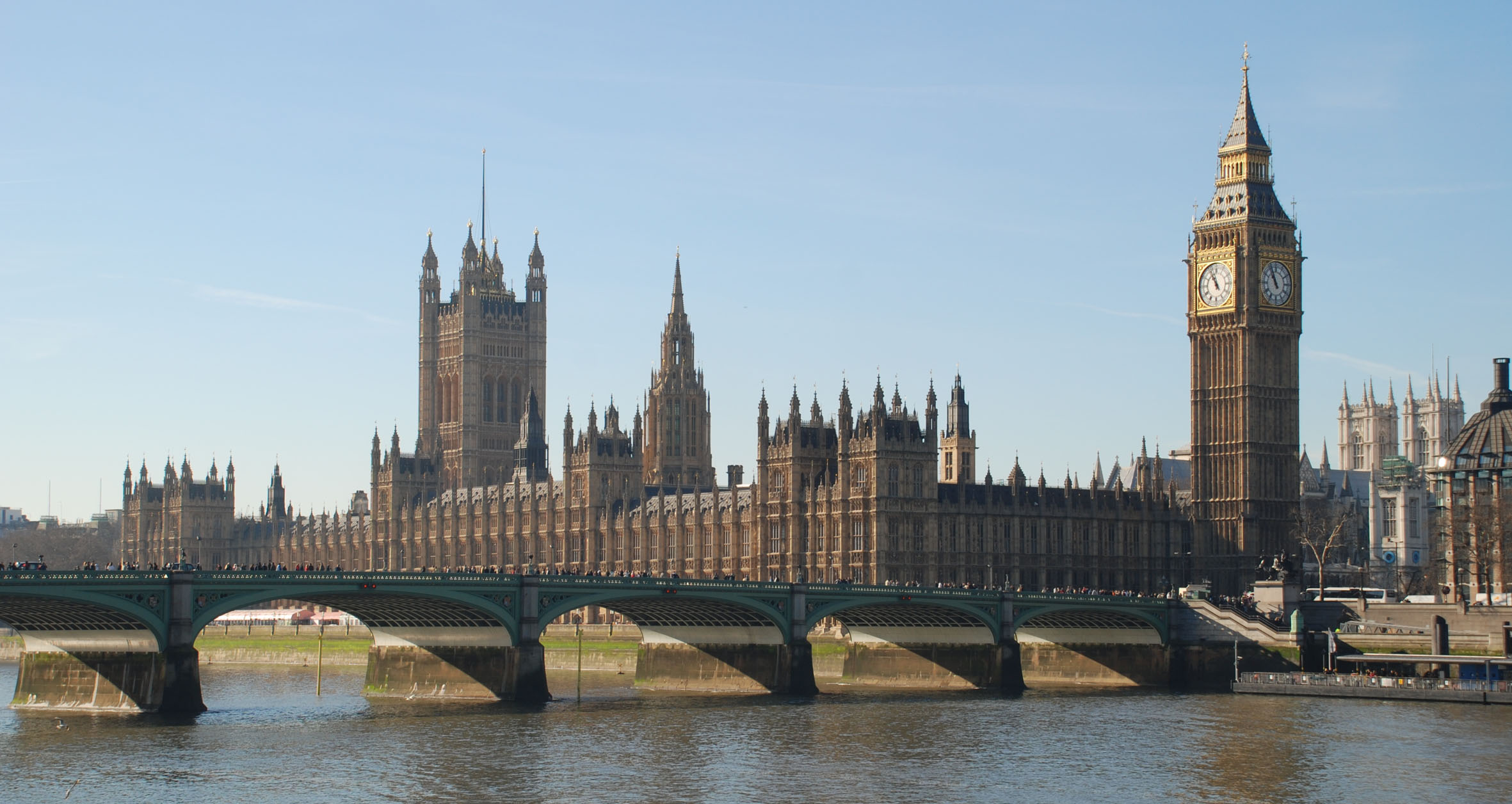 END_OF_DOCUMENT_TOKEN_TO_BE_REPLACED

Today our series features Pat Pearson from Firstlight PR, GlobalCom PR Network partner in the UK, who gives us some insights into “Tops and Flops” in the British healthcare market.

PR topics: tops and flops – what works best in your market?

The old adage ‘content is king’ has never been truer than in the UK healthcare arena. It’s tough to get uptake on a story unless it’s linked to the changing healthcare agenda, or a significant scientific breakthrough. There was once a time when you could get coverage for a new medicine launch. Provide some interesting spokespeople – a leading doctor and a patient – and some background on the disease area. Even a minor disease might expect some solid coverage if your execution was good.

However today, journalists want to know the medicine will be approved for use by the National Health Service (NHS). They need to be convinced that it isn’t a ‘me-too’ treatment, and represents a significant step forward. To put it bluntly, its extremely tough getting column inches.

END_OF_DOCUMENT_TOKEN_TO_BE_REPLACED

Today our series features Duncan McKean, Account Director Telecoms at CCGroup, GlobalCom PR Network partner in the UK, who gives us some insights into “Tops and Flops” in the British market.

PR topics: tops and flops – what works best in your market?

In the UK, how to communicate, or more precisely, what to communicate depends very much on who we’re attempting to influence and why. Trade reporters, for instance, will have a greater interest in market dynamics and how a client fits into what’s happening across the industry. Meanwhile, national & business reporters will be more interested in how a client is reshaping or disrupting an industry or a pre-conceived way of doing things. For business reporters, insight into industry/corporate financials is almost imperative.

Whether trade or business, reporters will expect to hear strong opinions and carefully thought through arguments, and will reject without question any content or views which use arcane, trite phrases such as “…the world’s leading” or “end-to-end solution”.

END_OF_DOCUMENT_TOKEN_TO_BE_REPLACED 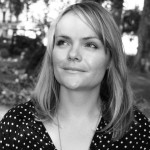 Today our series features Charlotte Webster, Head of Clean Technology at CCGroup, GlobalCom PR Network’s partner agency in the UK – who gives us some insights into “Tops and Flops” in the British market.

END_OF_DOCUMENT_TOKEN_TO_BE_REPLACED

Today our series is featuring Lynne Goddard of Escapade, GlobalCom PR Network’s partner agency in the UK who provided us with some insights regarding their local PR practices and regional trends.

END_OF_DOCUMENT_TOKEN_TO_BE_REPLACED

For our interview series, the GCPR Blog team talked to Richard Fogg, Managing Director of CCgroup, partner of GlobalCom PR Network in the UK, about the latest market trends.

1. Which industries/markets are booming at the moment in the UK?

The two markets I see with most potential in the UK right now are renewable energy and telecoms. Telecoms, a market we’ve been in for more than 20 years, is incredibly buoyant – especially mobile. The atmosphere at Mobile World Congress last month was electric. The big buyers are loosening their purse strings after a long period of austerity. Deals are being done, confidence has returned.

And despite the economic gloom and public policy uncertainty we’re also seeing a renewed vigor in the renewable energy market. It seems to be a response to the prevailing negative media narrative created by a powerful ‘big oil’ anti-lobby. Renewables has a tough fight on its hands, but the outlook is positive – if the industry can get over its current fragmentation and unite.

END_OF_DOCUMENT_TOKEN_TO_BE_REPLACED

Spreckley Partners Ltd. is an independent public relations company, 20 people strong, with expert knowledge of consumer, B2B and IT markets. Clients range from major international companies and brands to smaller specialist businesses. Whatever their size, Spreckley Partners Ltd. delivers consistent, effective campaigns that make a real difference to their sales and future development.

Spreckley Partners Ltd. provides PR services and much more as required, ranging from corporate identity to integrated marketing communications in some cases. Services include media, design, print, internet, sales collateral and events – exploiting the benefits of matched messaging across everything. END_OF_DOCUMENT_TOKEN_TO_BE_REPLACED