With over 9,000 of owned and franchise-operated branches in over 60 countries, Domino’s Pizza is the largest and best-known pizza delivery service worldwide.

The initial aims of the PR campaign were to communicate the launch of this renowned brand and its associated potential turnover via trade media nationally, in order to support acquisition of possible franchise partners.

To accompany the opening of the first branches in Berlin and the Rhineland, public link made use of regional PR and social media activities to address target groups of potential customers and begin the development of a fan community. After initially failing in an attempt to establish a presence in Germany in the 1980s, since Domino´s market launch in November 2010 it has now succeeded. 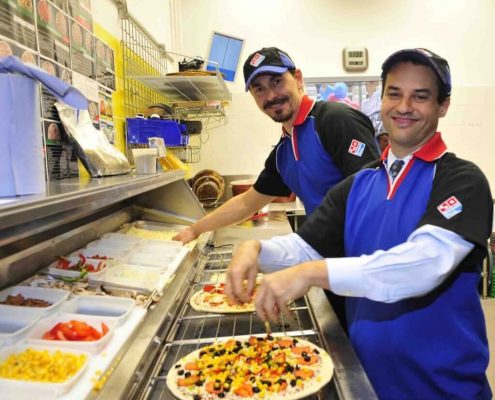