Every state has its own national character, for instance the French are considered great lovers of wine, art and science while the Americans follow the lesson of George Washington’s cherry tree story which basically teaches two important things – Do the right thing and take responsibility for your actions 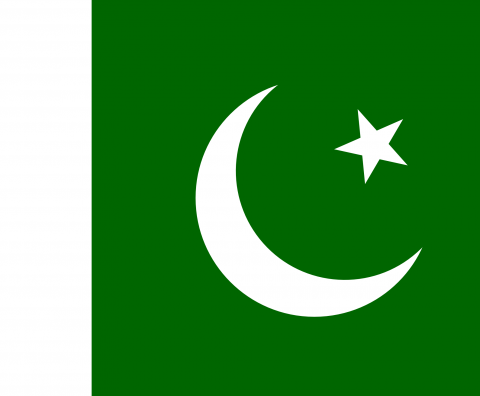 We as Pakistanis have some special traits which are coming to define us:

The modern state of Pakistan was established in 1947, but the region that it encompasses a history that dates back more than five million and overlaps with that of modern India, Iran, and Afghanistan. The region is the crossroads of the ancient trade routes. The rich, diverse heritage permeates every aspect of life. Pakistan is full of the most beautiful sites. History is everywhere in Pakistan. You can explore the historical sites of Mohenjo-Daro, Harappa, Taxila-seats of the ancient Indus Valley.

1)    Pakistan has a great deal of diversity in its physical, cultural and human characteristics…in the north there are glaciers and places which are covered in snow all year.

3)    Pakistan has one of the best irrigation and agricultural systems in the world,

4)    Pakistani people are mostly Muslims, but there are Christians, Hindus and pagans as well

5)    It is the first recognized Muslim atomic power, and Benazir Bhutto was one of the very first female prime ministers of the world.

7)    Pakistan has a heterogeneous culture, with all of the provinces maintaining differing

8)    Urdu is mostly learned as a second or a third language as nearly 93% of Pakistan’s population has a mother tongue other than Urdu.

9)    Despite this, Urdu was chosen as a token of unity and as a lingua franca so as not to give any native Pakistani language preference over the other

10) Pakistan enjoys great distinction in handicrafts at international level. Wooden furniture of Chiniot, sports goods of Sialkot and embroidery of Multan and Hyderabad is world famous.

11) We have one of the highest charity per capita, which enables us to sustain miracles like the Shaukat Khanum Hospital, which is the first of its kind in the world to treat 75% of CANCER patients free of cost.

12) Our sense of humour is illogical, and sometimes plain outrageous (not to mention incredibly politically incorrect), but it is our sole surviving mechanism through these incredibly hard times

13) Our stamina for things that is not necessarily fun. When our grandparents are sick, we are by their bedsides.

14) When it’s time to study, we buckle down and study. That is a remarkable trait in everyone but especially for the young. The West is troubled with the “rebellious teenager” stereotype, but it isn’t that rampant here – quite the opposite actually.

15) We are not high-maintenance; we will make do with almond oil in our hair instead of fancy products.

16) We’re happy to wear local-artisan created kola puris. And now it is actually fashionable to be “environmentally friendly” and go for “organic” products. Yeah, we’ve been doing it for generations.

17) I’m commenting on our culture of making sacrifices for our parents’ happiness.

18) An average red blooded Pakistani thinks that whatever he can get his hands on without reprisal is his property and he has full rights over it – this applies to his wife(s), children, land and cars.

19) People are respected because of their age and position.

20)  If we are on international phone call, we speak 100 decibels louder than usual and nobody knows why :D

21) Paki parents have their ‘’where are you going? Who are you going with? When will you be back? Who you will eat? Who’s driving?’’ speech memorized

22) The phrase ‘’hook up’’ means something totally different to them than it does to you.

23) No matter how successful you are our parents know someone whose kid has a higher board result, better salary, and more attractive significant other than you.

24) Their dance moves are totally unique like taking hands to the top, pull the rope and horizontal 8.

26) Loves to talk, topic is not an issue, can talk for an hour on a technology which is not available yet.

27) Forward a message asking you not to forward a cheap message, next message forwarded will be a cheap one :P

28) Hate democracy, but will vote the same political party always

29) An average Pakistani has a great sense of sacrifice and giving.

30) Not to mention the sacrifice shown by Pakistanis during times of crisis such as the Earthquake and the recent floods. I think this is what has kept us alive all this time.