For our interview series, the GCPR-Blog team talked to MEAComS, partner of GlobalCom PR Network in Egypt, about the latest market trends.*

1. Which industries/markets are booming at the moment in Egypt?

One might assume that industries such as the fuel industries or tourism are the booming industries in Egypt at the moment, but in reality, since Egypt’s political unrest in 2011, people are focusing more on essentials. After the 25th revolution, three stable industries are on the scene namely: food and beverage, pharmaceutical, and IT.

Egypt is highly dependent on food imports, so that the food and beverage industry in Egypt is a booming market since 2009, with an increasing demand: Egypt has a large population of 81,697,906 as of March 2012 and is growing at an annual rate of about 2%.

The IT industry is ‘invading’ the world, not to mention Egypt. There is not a single person in Egypt, who does not own an electronic devise of some sort, be it a mobile phone, telephone, computer, or even a radio. Technology is a booming industry in Egypt with telecom markets rapidly growing at around 17% during 2010-2012 and a penetrating rate that will exceed 113% by the end of 2012.

Meanwhile, for the tourism and real-estate, these two industries are expected to grow within the coming years as the country is in a process of stabilization. Pre-revolution, tourism was the 3rd primary source revenue stream for foreign exchange earnings and for Foreign Direct Investment (FDI) to Egypt. As Egypt stabilises, tourism will grow and will have a massive demand in the future. Just like the tourism industry, the real-estate industry had a drop in revenue due to the political unrest, however, it too has a great potential of growth in post-revolution Egypt.

2. What makes Egypt currently so interesting for that industry?

Egypt, among other countries, offers considerable potential for uprising markets. Egypt’s economy largely depends on exports to the EU. Egypt is a member of the Arab League and the WTO and has a healthy trade relationship with the African nation, the Middle East countries and with EU member countries.

Egypt’s positive attributes for investment has shifted to the better, with rules and regulations that are better in the business world, industries and markets. Egypt is also attracting huge amounts of investment, and the more it attracts, the more its infrastructure should improve.

The processed food sector is one of the key economic sectors in Egypt, contributing significantly to employment and exports. Growth in the young generation of consumers presents an important opportunity for the Egyptian industry.

The pharmaceutical industry in Egypt has been classified as a ‘sunrise’ industry of the future, in other words, it is a new-economy industry, where it is rapidly rising as an industry and in demand. In the year 2011, the Egyptian market for pharmaceuticals was estimated at US$ 1 billion, with local production covering roughly 94 per cent of the local demand volume.

Egypt’s great care for IT is visible, where Egypt now has the Smart Village, established in year 2000, soon to become Egypt’s regional IT hub. Smart village is the prime technology cluster and business park that was established to accommodate noticeable multinational and local companies in the field of telecommunications and information technologies while sharing the ground with the highest governmental authorities and organizations in related fields.

Besides, Egypt’s telecom market is expanding with three competitors and many more to come.

3. Why should companies from these industries start doing Public Relations in Egypt? 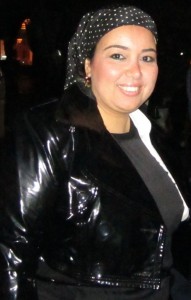 Public Relations are a great source for an industry to access the media. It helps market one’s industry, company, and product. In business terms, hiring a Public Relations company is much more cost efficient than an advertising one. A great advantage, that PR companies offer, is that some industries, such as the pharmaceutical, are not allowed to advertise medical products but are only allowed to promote awareness campaigns on certain diseases. While in other industries, such as the food and beverage, we use Public Relations to leverage on the marketing and advertising activities conducted to promote the company products.

GlobalCom is an award-winning worldwide alliance of Public Relations specialists and agencies that offers international PR expertise to organisations looking to launch their products and services simultaneously in multiple countries.