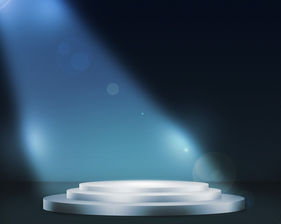 A common challenge in PR – no matter what sector – is maintaining client visibility during inevitable news lulls, where there may not be a steady stream of announcements to work with. This is what makes proactive media relations such a key driver behind successful PR programs.

What is Thought Leadership?

According to March’s Beth Brenner, PR agencies can maintain momentum without an immediate news pipeline by “keeping a focus on industry issues, rapidly responding to a hot news story or adding a bit of controversy.” This idea of “newsjacking” is just one way PR pros can carry out proactive media relations. If properly executed, consistent and relevant news hijacking lends itself to building thought leadership for the company and its particular subject matter experts. This involves establishing clients as go-to experts on a particular topic, ideally resulting in more inbound requests from key influencers seeking the executives’ opinions on important industry issues.

March client Cambridge Consultants, a global product development and design firm, provides a rich use case for a successful thought leadership program. Because the company is heavily rooted in the medical technology space, where products are often caught up in approval processes, maintaining that steady flow of announcements is not always possible.

To ensure continuous brand visibility, March executed a creative thought leadership campaign around “Making People Famous.” The idea was to spotlight a handful of specific subject matter experts who hold deep expertise in niche industries, positioning them as a vendor-neutral, objective thought leaders that, after initial introductions, would spring to the minds of key influencers as a go-to source for their next story. These executives ranged from an antenna engineer specializing in wearable technology to a process chemist for personal care products.

With so many resources holding such extensive industry knowledge, March recommended creating a “Media Buddies” program that would pair our top spokespeople with tier one media influencers. It worked out quite well, too – we came across front page coverage in the Boston Globe one day (see right), from an interview we weren’t even aware of! Turns out, the journalist went directly to the source to get the comments he needed. This is the exactly the result were aiming for, through making Cambridge Consultants “famous,” and building that trusted relationship between its experts and the media.

We also maximized the ROI and press impact of event attendance at conferences like the Consumer Electronics Show, by scheduling meetings in-person with those attending the events, as well as any based in the area.

Over the course of six months, with just two press releases, March secured 47 briefings, including top tier press like The Economist and GigaOM, and secured 77 pieces of coverage, including publications like Forbes, Time, TechCrunch and NBC News.

These results go to show that in PR, you don’t necessarily need a cool new product (or any product, really) to generate great results. There are plenty of other resources your clients can give you to work with, even the clients themselves.