“The picture was of me, and I sent it.” – Words from a Weiner. Pun intended.

For the past few weeks the news has been filled with a social media scandal: Anthony D. Weiner, the married former New York congressman, admitted to sending explicit pictures of himself through Twitter and Facebook to women he met on the Internet. The scandal began with a quick yet devastating mistake on Twitter. While watching a hockey game, Weiner accidentally tweeted a racy photo of himself to his tens of thousands of followers rather than as a message to his intended recipient, a 21-year-old woman. Big oops.

Any public relations professional should have told Weiner to immediately confess and apologize. Unfortunately, Weiner didn’t have great PR advice, and as the scandal unfolded he made several mistakes that further tarnished his image.

1. Mixing business and personal matters online. He shouldn’t have been sending dirty pictures, but if he’s into that sort of thing he should obviously make sure he has a separate account for that. It’s true that to use social media effectively, politicians should connect with users on a personal level. But some things are toopersonal.
2. He repeatedly lied about sending the picture. He blamed a hacker–hearing this, Time magazine joked “twas not a hackage but his package.”
3. He refused to resign, finally announcing his resignation on Thursday, June 16, 10 days after his confessional press conference.
4. He made awkward statements, such as apologizing to Bill Clinton. After this apology Jon Stewart joked, “What?! A congressman had a sex scandal and has to apologize to Bill Clinton? For what? A copyright infringement?”

Weiner also admitted to texting women explicit messages. If he wanted privacy, he should have used the sexting app–yes there’s an app for that.

Fade Away is an app that automatically deletes sent and received text messages.  A March colleague, Nate Hubbell, pointed out this app to me, which helps users avoid a Weinergate scandal by allowing you to set a timer for how long you want text messages to/from specific people to be visible. All messages sent from the app are only visible on your phone through the app. The company uploaded an ad jingle on youtube, which sings, “You don’t have to worry about what you say, i’ll let it fade away.”

If I were Weiner’s PR crisis manager (and it seems like his PR pro was MIA when the scandal broke) I wouldn’t suggest that app, but I would tell him to get some help and stay out of the limelight.  Might want to take a break from Twitter, too.

If you were Weiner’s PR pro, what advice would you give him? 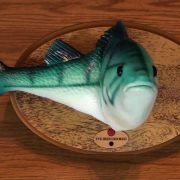 I Can't Get No (Social) Satisfaction

The Intersection of Social Media and TV

Oh, Snap! Why Your B2B Brand Should Be On Snapchat