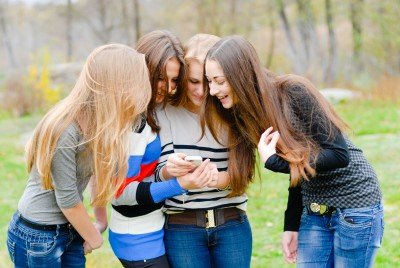 If you’re as dedicated to NPR as I am, then you undoubtedly have heard the radio show This American Life, a weekly hour-long feature that deeply intimates listeners with a variety of Americans based on an overall theme of each show. Some of my favorite themes include a wide range of topics, including patents (more compelling than it sounds!), “PI Moms”, high school shootings and Blackjack.

This weekend, I turned to my “TAL” smartphone app and came across a compelling episode called “The View from Within” about something that I have always taken an interest in: truly seeing where a person is coming from by putting yourself in his or her shoes.

The episode includes a conversation between an inmate and a guard he feels is unfairly targeting him. The seasoned guard warms up to the inmate’s situation after he hears about his struggles with getting in and out of prison, and the inmate actually begins to understand just why the guard exercises power the way he does.

It may sound simple enough to just listen to someone to try and reach an understanding, but many of us don’t actually do it. We often attribute an opinion or action to a person’s disposition, rather than the situation at hand. I learned from Social Psychology 101 that this is the fundamental attribution error. I see this all the time: a friend driving a car thinks a person honking is impatient, rather than late to an important appointment; a quiet person is considered mean or anti-social, rather than nervous in a new situation; a cashier is thought of as cold, rather than overworked.

This bias can sometimes hamper public relations and market research. In past roles, I have a consulted PR teams and explained they shouldn’t simply survey their colleagues to get a sample of the consumer population, because their colleagues largely come from the same urban, educated, communicative and young background. It’s hard to imagine, but the thousands of people we have interacted throughout our lifetime are not as diverse as they may seem. Effective public relations and marketing involves sitting alongside members of the target audience and understanding not what they feel, but why they feel it.

Sure, smartphone owners may like high-quality camera photos, but why do they need it? What is so critical about getting that nighttime photo? Does it speak more to a need to share particular images over others via social media? Why is social media such a major part of their lives? What need do they feel is unmet when they scan their newsfeed, and how can smartphones fix this?

The tampon commercial that went viral last week rang so true for its viewers because it took actual conversations between adolescent young women and put them at the forefront, not talking at them, but with them. This is true also of the Dove Real Beauty sketches, which articulated feelings familiar to most women despite that Dove shares the same parent company as the very different Axe that different mindset.

I’m happy to say that in my two months at March, I have been impressed with how my coworkers have honestly invested their time to really get to know and understand the mindset of the target audience. This is critical in high-tech PR, as the audience is extremely diverse, rarely fitting into a segment as simple as men ages 18 – 34. Being a successful PR consultant in this industry means reading the niche publications on your free time, Googling the definitions, speaking to developers and asking questions of the analysts. It’s a double-job, but it’s a necessary practice to create meaning.

Taking the mindset of others is an excellent exercise in empathy, something our world could certainly use more of.