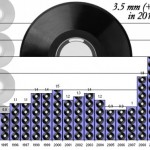 When it comes to music, technology begets adaptation. For years there was only one medium – vinyl. Purchasing and owning records was an experience that defined the listener. If you wanted the new album by a particular artist, it required going to the record store, bringing it home and adding it to a collection on a shelf. Our records became a window to our characters and preferences, as shelves in our homes filled and painted a picture of the listener based on the artists and albums they kept.

These collections unintentionally created data mining in the minds of friends and visitors. We looked at the albums that a person had and created perceptions based on their music preferences to shape a persona about the listener. Someone whose shelves were stocked with records from The Doobie Brothers or Eric Clapton clearly had to possess a completely different set of values and personality traits than someone whose shelves were filled with the works of Beethoven or Verdi.

But technology moved forward with ways to purchase and listen to music that was supposedly better, faster and cheaper. CDs became the standard and record stores needed to adapt to accommodate new packages. Then the iPod came along and entire music collections could be kept in a device smaller than a deck of cards. Sales of music downloads soared as many stores that once thrived on selling vinyl records closed their doors. Listeners adapted, with many discarding their turntables and record collections for newer formats.

But then something funny happened. Spurred by a small movement of purists, who believed that the sound of vinyl was far superior to digital mediums, records did not go away. In fact vinyl sales are now outpacing sales of digital formats, and while many are quick to purchase high-end CD players and MP3 docks, turntables are quietly also experiencing a resurgence with sales anticipated to grow 40 percent in the coming year.

Sales of vinyl aren’t growing slowly every year; they are growing in exponential numbers – up 19 percent just last year alone. Those figures cannot be ignored and neither can the fact that 81 percent of purchasers fell below the age of 35 – those most likely to be perceived as the digital generation.

You don’t have to be in the music business to understand the parallel between record sales and the evolution of communications. Social media has become the CD or MP3 of the communications world. Gaudy and growing user bases of Twitter, Facebook and Pinterest unfortunately give marketers the illusion that every conversation is taking place about their brands in those channels.

The reality, though, is quite the opposite. Research from the Keller Fay Group found that only seven percent of word of mouth conversations about brands happen online. Meanwhile, 91 percent of purchase decisions happen through face-to-face conversations.

While social media should not be ignored in a communications strategy, marketers must realize its place in the purchase decision universe. Social media should complement, rather than drive, tactics that engage audiences and drive real-world conversations.

Every aspect of vinyl creates an experience – from the flipping through albums in the store, to carrying it home, reading the liner notes and eventually placing it on a shelf as part of a collection. These are long-tail experiences that build loyalty to both the artist and the medium. For brands, this means understanding the experiences and conversations that define their audiences and implementing tactics that foster deeper engagement across every communications channel. 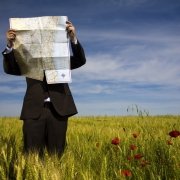 How to Maximize Your Meetings in a Multi-Tasking World

The Power of Use Cases in #PR Pitching