Despite the long and steady decline of traditional media, there are now more ways than ever of getting the news. This is partially thanks to social media channels. A Pew Research Center study last year found that a third of adults under 30 get their news from social networks – almost the same number as those who turned to TV, and more than twice as many as those who read print or digital newspapers.

With the proliferation of vendor blogs and the line between bloggers and journalists blurring, PR efforts have become much more involved than issuing a press release or picking up the phone to call an editorial desk. The blogosphere and ‘journalista’ beats change on the daily, particularly in the tech world. So the question is: where are today’s IT professionals and high tech executives actually getting their news? I took some time to gather insights from folks in the industry.

As expected, social media also plays a large role in informing these organizations. Rich Young notes, “Many of [eGroup’s employees] use Twitter as their news source too. So the virtualization guys have their virtualization expert feeds, the data services guys have their own feed they watch, etc.” Shalane Layugan also cited Twitter in particular as an important source for Precision execs to engage on.

For some entrepreneurs and innovators, the more niche the outlet, the better. Alex Genadinik is Founder and CTO of Problemio.com, a developer of popular business apps for iOS, Android and Kindle. His favorite source for tech news and information is g33ktalk, a community of startup software engineers. Alex says of g33ktalk’s insider perspective: “It gives me access to what some of the top CTOs are doing and it helps me to not work in a vacuum, but keep learning about what the tech trends are and what I need to be aware of as I architect various parts of the backend of my apps.”

Regardless of the disruptions in the publishing industry, it seems the traditional newspaper still has its place. Tom Price, SVP at Bernard Group Communications, says he begins each day with the Wall Street Journal. “Regardless of your IT or CXO tech-related position,” he explains, “you must be aware of business and financial events that can impact your company’s success.”

From the PR perspective, you can never learn about too many news sources. In other words, don’t become too attached to your media databases and press contact lists – there will always be more to add (and subtract). 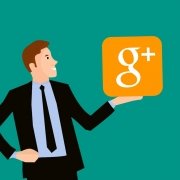 5 Ways to Measure the Impact of a Digital PR Campaign

Is Pepsi Paving a New Path in Social Media Marketing?