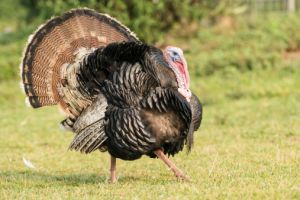 One of the best-remembered episodes of the TV sitcom WKRP In Cincinnati is “Turkeys Away,” in which the manager of the eponymous radio station devises a surefire way to boost his station’s listener base during the holiday season — a Thanksgiving turkey giveaway.

On the surface, this was a solid idea, but as TV viewers remember, the holiday promotion did not go smoothly. Station manager Arthur Carlson, played by the late Gordon Jump, tossed 20 live turkeys out of the WKRP helicopter. Even if you haven’t watched the episode, you can guess what happened.

Following the disastrous turkey drop, Mr. Carlson summed up the cause of the debacle in a single sentence: “As God as my witness, I thought turkeys could fly.” That episode of WKRP In Cincinnati first aired in 1978, but its lessons remain relevant, especially for public relations professionals.

When embarking on PR campaigns and initiatives for clients, PR professionals must anticipate everything that can possibly go wrong, and plan accordingly. All questions need to be asked and properly addressed. For example, is there anything in a campaign’s messaging that could be misinterpreted by a client’s audiences? Have clients been coached and trained to effectively answer questions from journalists? Are clients sufficiently familiar with the important messages they are trying to disseminate? If campaigns involve planned events, the logistical arrangements should be double- and triple-checked.

Furthermore, PR professionals and their clients must be on the same page at all times. Every member of their respective teams responsible for campaign execution should be aware of developments during the planning process, and should feel free to introduce and comment on ideas. In the case of Mr. Carlson, he kept the details of his turkey promotion a secret from his colleagues, who had to help him pick up the pieces afterward. If he had shared what his initiative would entail, one of his more intelligent co-workers could have pointed out that, while turkeys make a tasty Thanksgiving main course, they simply can’t fly.

As long as PR professionals and their clients plan ahead and collaborate, potentially fatal flaws in PR campaigns and initiatives can be uncovered and remedied before execution. In real life, there is no sitcom audience to laugh good-naturedly at the outcomes of serious miscalculations. Imagine the potential negative impact a large scale consumer PR campaign across multiple countries could have should things be poorly considered and would end up with dead animals by mistake.