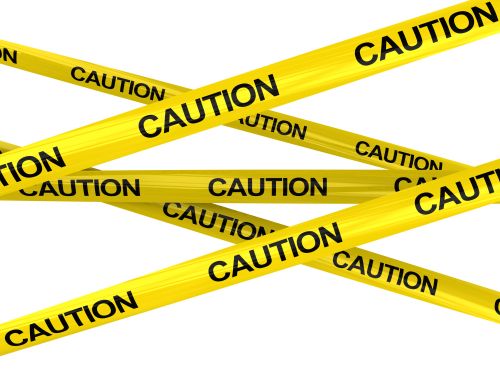 This post was first published by James Young on March Communications’ blog.

Anyone with extensive academic or professional writing experience has been warned about the hazards of using clichés. In the world of tech PR, we’ve explained why jargon and mumbo jumbo in particular are more common than they should be.

The cliché is a distant cousin. One journalism professor of mine thought so little of clichés that if you dared to use one in an assignment, you would, in his words “suffer the ignominy of an F.” That was not an empty threat, either. I did fail a few assignments.

That professor is not alone in his harsh assessment of clichés.

Some writers claim business clichés make you useless. Others think it proves laziness. Journalists from The Washington Post have gone as far as to create their own list of “verbal crutches, stock phrases, filler words, clichés and perpetually misused expressions” that they avoid. We’ve even suggested on March’s PR Nonsense that writers should try to leave out the parts that readers tend to skip – a list that some might argue would include clichés.

Yes, clichés can muddle writing and distort a reader’s understanding. And there usually is a more straightforward way to express a thought than through a cliché. We’re so overwhelmed with content competing for our attention already – tweets, blogs, videos, Snapchats, photo slideshows and BuzzFeed GIFs – that the boring simply will not hold our attention. That’s why brands are using Trojan Horses to break through the noise.

But is it possible that clichés, when used sparingly and persuasively in tech PR writing, could help a reader to better understand a writer’s meaning?

The ‘Never-Use Clichés’ Crowd May Be Fighting a Losing Battle

Language is constantly evolving. That’s why 900 new words like “DIYer” (one who engages in “do-it-yourself” activities) were just added to the Oxford English Dictionary last week. How did these words gain formal acceptance? Because they had already gained a widespread level of usage.

Clichés aren’t problematic in and of themselves. Just because certain phrases may be overused and offensive to the personal tastes of some, that doesn’t mean they’re objectively bad. Good writing should create understanding, and if not-yet-officially-recognized words and phrases, or even clichés, are necessary to make that happen, then maybe it’s time tech PR writers and other creatives just say “so be it” and move on. Tech stories can be quite complicated, and a cliché may be the best way to make a topic more digestible.

I’m not here to defend clichés. On the (I hope, rare) occasion I use them in writing or speaking, the ignominy I felt in college is still there. My goal when I communicate will always be to provide a fresh perspective. I’d much rather come up with a turn-of-phrase so interesting that other writers use it continually, and do so until it’s added to the vernacular.

It all ties back to how well you know your audience. Some clichés are appropriate, as audiences may use them frequently to communicate. They’re like old friends that make some readers feel more comfortable, guiding them through unfamiliar passages. If you think readers will understand the meaning of a cliché, without scoffing at its usage, and if that’s the best way to tell your story, then you should be safe using it.

But please, if there’s a better way to convey a thought, don’t leave it untouched in your writing toolbox.