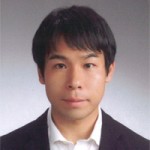 Today, for our series on the influence of digital and social media, we spoke to Ryota Takaki, from our partner agency Kyodo PR from Japan.

1. What status do social and digital media have in your daily PR work?

At this moment, social and digital media is certainly growing in influence in Japan, however, so called “traditional media” still dominates. The traditional hierarchical pyramid still holds true in Japan. Traditional media (Newspapers) at the top, TV programs, magazines and online media occupying the 2nd column or block, and social media at the bottom of the pyramid. All the breaking and leading stories are generated by influential national dailies such as Nikkei and Yomiuri Shimbun. Newspaper stories have a flow-down effect, influencing the type of stories that TV, magazines, and online media often cover.

In relation to our work, we do offer specific targeted social media promotional programs that run concurrently with other PR activities, but at this moment, it is still an “optional” extra, when and if the client requests.

For ALL client industries, we still push traditional media as the main target, as they are the most influential, and have the widest reach. Social media is mainly for targeted direct customer engagement.

As an example, we represented Kingston Technologies, a Taiwanese memory chips manufacturer, for who we fully support their Japanese Twitter account. It was used mostly to communicate promotional information, run campaigns which added to the number of followers, and respond to feedback and queries from the followers. To generate and increase the number of followers, we started with distributing press releases, announcing the launch of the Twitter account, and included the Twitter information on traditional media communication whenever possible. It was a successful Twitter campaign, and due to our efforts, we generated 2750 followers to date.

2. Do you use social networking in your PR and communications work?

No, we only use social networking when we (on behalf of our client) engage the general public/customers, when executing a specific social media campaign.

As Japanese media is very influential, and held in high regard, they must be treated with respect. Therefore, we believe in conducting face-to-face meetings with all key target media. At other times, we communicate via phones or emails. However, face-to-face is most important. We do not use social media for media contact as a policy, as it is not seen as “professional or too personal”. Again for
clients, we do use it in their campaigns; but for our own communications with journalists, we do not.

3. What would you see as most recent innovation in the field of PR?

There are not many innovations in the PR field, however, following the Great East Japan Earthquake and the nuclear disaster aftermath, many Japanese citizens are protesting against the restarting of nuclear power plants. (All but one of the plants have been shut down since the disaster). There are weekly protests that are spread through social media.

Looking at this recent trend, where Japanese people are “more willing” to protest, it is important to have one’s crisis management plans on-hand. As the Japanese public is now less tolerant of scandals, this is becoming more of a priority.

Kyodo PR has innovated a new integrated TV PR collaboration with our clients. Due to our strong and close relationship with the media, we are able to begin a partnership with a TV program from the planning stage, which enables the TV program to dictate the exact needs of the program, and we advise our client to provide them.

This is very different to other TV PR collaborations, as typically, the TV program and contents would already be planned, and approach PR agencies to search for suitable clients to match the program’s story. We are confident we are one of the few PR agencies in Japan that can offer this.