As a third culture kid, currently living in Sweden, here is a list of things that are different in Sweden from what I have experienced in other countries. 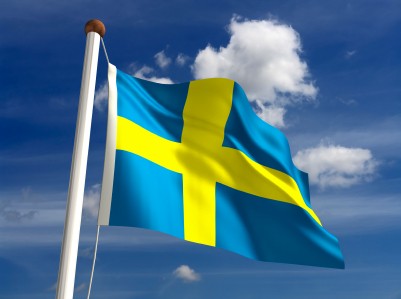 1. Swedes love their coffee. Few people drink as much coffee as the Swedes, they are highly ranked worldwide when it comes to coffee consumptions. This goes hand in hand with their daily Fika traditions. Coffee is fostered through a tradition called Fika, in which anyone can participate and meet for coffee, tea and often something sweet on the side. Fika is usually enjoyed on a daily basis.

2. Queueing is a common thing in Sweden. Wherever you go you will be forced to be patient and stand in line. Many places have ticketing systems, so once you grab your ticket you will patiently have to wait until your number is shown or called out before you can proceed to the counter.

3. Swedish people speak great English. Chances are you even get away living in Sweden without learning a word of Swedish. Swedes are widely rated as world number two at English as second language.

4. Squeezing food out of tubes is a normal thing. Tubes are used to package food such as caviar, mayonnaise, mustard and such. At some point you will probably be squeezing out caviar on a boiled egg for breakfast.

5.  Sweden is one of the leaders when it comes to equality between the sexes. The men daintily pull their own weight in staying home and raising infant children. Couples are in Sweden entitled to 480 days of paid parental leave, and this can be shared between the two parents.

6. July is the month of holiday for most businesses in Sweden. It’s not uncommon to find restaurants and stores shut down for an entire month, usually in July, while employees take their four to six weeks of holiday.

7. Lagom is a Swedish word with no direct English equivalent, meaning “just the right amount”. It’s a societal code of conduct. When used in reference to a societal behavior, it means blending in appropriately without extreme displays of emotion. Lagom can be applied to almost all situations, from food to drink to copyright law and carbon dioxide emissions.

8. Melodifestivalen is the national event through which Sweden’s representative at the Eurovision Song contest is decided. It unites a large part of the population in Sweden. It is held every February through March and most people in the country watch it to get distracted from the long dark winter nights. The Eurovision song contest in May is just as popular amongst the Swedes.

9. It is weird to pay in cash in Sweden. You can, but most people use their card. Also if you do use cash, you tend to get a lot of coins back, which easily add up to being worth nothing.

10. It is important to remove your shoes when entering private residences in Sweden. This can easily be explained by the fact that Swedes spend a lot of time outdoors during winter and this is necessary to not drag in dirt. This can also be seen as a sign of respect to the home. In any case, taking your shoes off when entering someones home in Sweden is obligatory.

11. It gets cold and dark during winter in Sweden. This is no secret and due to Sweden’s geographical location. In some northern parts you might get as little as three hours of sunlight per day. Winters can be rough, but during summer it will compensate with long hours of daylight and moderately warm temperatures.

12. Being on time is common knowledge in Sweden as the Swedes value punctuality. Time should be respected all the time, whether is for a job meeting or a casual Fika.

13. Most Swedish grocery stores charge extra for your plastic or paper bags in an effort to keep waste low and encourage recycling. Reusing your plastic bag is a good idea, as the Swedes like to keep it sustainable.

14. It is safe to drink tap water. Drinking straight from the tap is the norm in Sweden, not only does save you money and the environment, the water is clean and fresh.

15. Business casual means jeans. General everyday fashion in Sweden is simple, relaxed and casual. This same concept has seamlessly seeped its way into more formal business settings. Unless your meeting is with a foreign client or attending a high stakes board meeting, chances are they are wearing jeans and a long-sleeved shirt.

16. Personal space is not be ignored in Sweden. The swedes are not touchy-feely by nature. Don’t even stand too close at the cash register in a shop, nor should you sit next to someone on a bus if there is an open seat just elsewhere. The Swedish love their personal space.

3 Easy-to-Use Analytics Tools (and None are from Google)

The Risks & Rewards of Social Media for PR

Maximizing The Potential of Your LinkedIn Profile