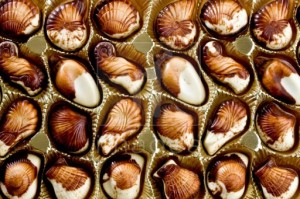 In the first part of the interview with PR expert Wilma Schippers we talked about the use of social media in Belgian PR. In the second part we will discuss the basic regional differences and special requirements on PR in Belgium.

First of all, in Belgium we have to deal with different languages and different media cultures. Belgian languages are Flemish, French and German, but the last one is negligible, because the German part is very small. This means that each press release, each invitation or other press document needs to be edited in at least Flemish and French. And it is not only the language that differs. Also the general (media) culture in Flanders and Walloon can be quiet different. When organising a press event where you want media from both parts of the country to be present you best look for a ‘neutral’ place, which is often the capital Brussels. Organising something in Flanders would result in the French speaking journalist to be absent and vice versa.

Foreign companies tend to think that they can use the same PR methods in Belgium as in other countries. For example, use the PR materials they use in The Netherlands for the Flemish press and use the materials they use in France for the French speaking press. However, there are several differences which need to be taken into account. First of all, the languages are not completely similar and Belgians want to receive information in their ‘own’ language. Then also the way of presenting things can be quite different. A press information which is used in France can look too commercial for a Belgian journalist and will immediately land in the garbage can, In Belgian it needs to look like ‘press information’ and certainly not like a brochure..

Of course it is often a budget consideration to use materials which were used in other countries, but when companies want their PR activities to work, they cannot deny local culture and differences. So what they need to keep in mind when planning PR in Belgium is the fact that they need press materials in Flemish and in French and that they should have locals check the way in which they want to approach journalists. Also very important is that they realize that Belgium has a rather small media landscape. They have to consider that they cannot compare results with numbers they would see in for example France, Germany or UK.

Read about challenges companies and organizations are faced with doing PR in Malaysia next week.

Wilma Schippers is a consultant of the Brussels based agency PR-Consult. She joined the team in September 2000 and works especially in the field of media relations (leisure and lifestyle) and product PR. Her clients are active in different sectors like tourism (Malta Tourism Office), decoration (Vi-Spring, Sphinx), food (Exki), construction (Derbigum), lifestyle (Zumba Fitness), gardening (Scotts benelux, Husqvarna), hospitality industry (The Hotel Brussels),…

Wilma’s nationality is Dutch but she has been living and working in Belgium for more than 15 years.