Which industry is booming in Japan at the moment and which companies are currently investing into PR? For our new series on market trends around the world this week the GCPR-Blog team talked to Mervin Chin, Account Coordinator of Kyodo Public Relations, Globalcom’s partner agency in Japan. 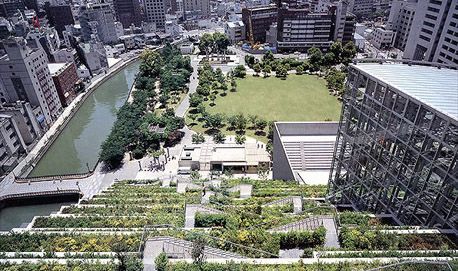 1. Which industries/markets are booming at the moment in Japan?

Following the Great East Japan Earthquake and the triple disaster on March 11th, Japan was faced with several huge challenges, which included solving the nuclear power plant issue, a shortage of power following the shut-down of every nuclear power plant in Japan (for mandatory inspection), and businesses taking a moment to pause and regroup for the future marketing strategies.

As a result of these issues, eco-friendly, green technology, and energy saving technology has been booming. This is particularly prominent as it dominated media coverage following the March 11th disaster.

In addition the manufacturing industry, in particular the automotive industry, which follows the “Just In Time” manufacturing system, has been able to successfully overcome the many challenges following the triple disaster. This includes the disruption of supply chains, inventory (both raw materials and ready-made) in warehouses destroyed or rendered unusable and power shortage following the reduction of national power output necessitating in power-saving measures nationwide.

With the innate Japanese innovation skills, the automotive manufacturing industry has fully recovered, and is now back to pre-disaster production levels.

2. What makes Japan currently so interesting for this industry?

Despite Japan slipping from second to third largest economy, this country is still held in high regard in its reputation for producing high-quality, advanced products. Japan still effectively competes in the high-end manufacturing market with many new and innovative products.

In addition, Japan is now focusing on alternative energy, and power-saving technologies. The former Prime Minister Naoto Kan, passed a green energy bill which will require utilities to buy any electricity from solar and other renewable sources at set rates for up to 20 years. Therefore, Japan will be a key focus country for new renewable energy industry.

3. Why should companies from these industries start doing Public Relations in your region?

Japan in general is already very “green” with strict environmental controls already in place starting from the early 1980s, and Japanese companies are already very energy efficient with low CO2 emission. Now, as nuclear energy will have less focus, and alternative renewable energy will be more prominent, Japan will accept new innovative technology from other countries.

Therefore, it is the right time for alternative renewable energy companies to promote themselves in Japan, especially through the influential local media. As the Japanese media will influence public, the public opinion will influence the government to adopt new technologies. PR will play big part in this.