Lukasz Wilczynski, PR Director of PLANET PR agency and Poland’s partner of the international GlobalCom PR Network, wrote a comment that has been published in the current issue of the German PR Report magazine. So, here we would like to share the English version of the article with you:

Starting from the 1 July, Poland, called “the green island of economic growth”, takes over a half-year presidency in the European Union. It will be the first presidency of this country since it joined the European Community in 2004. In the opinion of many commentators, it should become the most important topic in the media coverage and discussions. Poles, however, still know relatively little about the Union and its mechanisms, since they are more interested in domestic, than European, affairs. Many Poles’ attention may, thus, get more focused on the forthcoming parliamentary elections which are to take place in autumn. Externally, Poland’s presidency coincides with the issues related to the protracted conflicts in North Africa and economic problems in the Eurozone, whereas internally – with a heated political fight which is certainly going to take place over the next few months.

According to media experts, the central point of the campaigns to be conducted will be transferred from typically advertising actions to the full spectrum of public relations activities. The main role in these activities may be played by the Internet and social media. The reason for this sudden change is the amendment to the elections statute, signed by President Komorowski in the beginning of 2011, banning any paid election commercials on the radio and TV. Consequently, Polish politicians will have to master the key skill of creating a media-independent communication and to conduct a two-way dialog with their audience, using the latest tools including viral marketing, SEO marketing campaigns, building Facebook communities, etc. A few politicians have learnt it long ago, but the majority of candidates running for parliamentary seats are yet to gain the experience in taking non-standard communication actions. That’s why the number of consultancy inquiries from the world of politics directed at independent PR consultants and agencies specializing in Web communication is expected to increase.

So far, the mainstream media have not devoted too much space to elections, focusing mainly on the recent visit of the US President, Barack Obama. There have been plenty of comments in the media concerning the visit as well as a common meeting of the coalition and opposition leaders with the US President. Discussions held in the media within the last few weeks have concerned the expected effects of Obama’s visit in Poland (the question of a still not settled non-visa regime with the US, further alliance commitments of Poland whose armed forces still conduct military actions in Afghanistan as well as economic issues – Americans’ interest in large shale gas deposits in Poland). 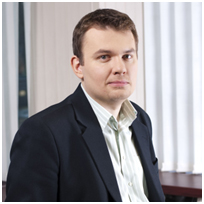 Obama’s visit, Poland’s presidency in the Union as well as the forthcoming parliamentary elections activate Internet communities which are keenly commenting and engaging in the civil society that is emerging in Poland. Facebook’s power is, admittedly, not as large as in other countries, but ideas that are, to some extent, able to influence the public opinion occasionally arise in the portal.Therefore, we might witness a very interesting campaign in Poland – the country which, in many aspects of economic, social and political life, has already caught up with Western democracies. 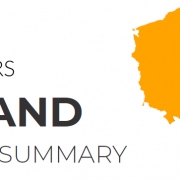