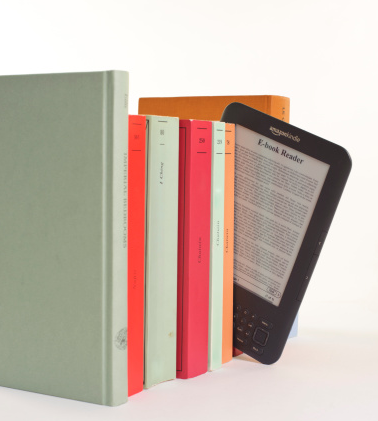 Anyone who’s ever flipped channels between FOX News and MSNBC immediately following  a political debate knows there’s more than one way to frame a news story – in today’s fragmented media landscape, this is truer than ever. The recent business dispute between Amazon and Hachette demonstrates several of the many lenses through which media interpret and deliver news.

When managing a major news event (or looking to weigh in on one), communicators need to consider the opportunities and pitfalls unique to each angle, stay tuned to which approaches resonate with their target audiences, and deliver their messages accordingly. Here are a few examples of the many angles on the recent Amazon/Hachette happenings:

The straight news story: this item from Reuters is a no-frills account of the available information regarding the conflict between Amazon and Hachette. It quotes statements from both entities and sticks to a balanced delivery of the facts. At less than 300 words, there is no analysis, third-party commentary or speculation. Stories like this one typically do not have room for quotes from anyone but the parties directly involved.

The explainer: explainers like this one from the LA Times aim to answer the question “why should I care?” for a general reader – Vox.com, launched earlier this year by former Washington Post columnist Ezra Klein, is completely dedicated to this format. Explainers simplify a news story, especially one that has had a long shelf life or covered a complex series of events. The idea is to summarize the news in plain language, allowing readers who haven’t followed the story to “catch up” and pointing out its potential implications.

The op-ed: this format (contrary to popular belief, the abbreviation is not short for “opinion editorial”) is a persuasive argument in support of a distinct point of view. It can be written by a member of the publication’s editorial board or submitted by an outside contributor. If you’re looking to place an op-ed, be prepared to take sides like Bob Kohn, who concludes his New York Times op-ed on the Amazon/Hachette dispute with the words, “if consumers are inconvenienced by the switch, once again they will have only Amazon to blame.”

The second-day story: after a story breaks, reporters will often file follow-up or “second-day” related stories that address the question “what’s next?” While Hachette said that the layoffs it conducted at the beginning of June were unrelated to the Amazon dispute, media outlets presented them in the context of the debate because it had already been in the headlines for weeks. Second-day stories can offer opportunities for commentary from sources who can talk about implications of a story for different audiences, or are willing to make predictions regarding the outcome of a situation – such as this piece by Canada’s CBC, which features comments from an analyst at Forrester Research.

The other side: during a debate – particularly if support for one side is more vocal than for the other – the coverage of an issue can seem lopsided. Articles like this one from GigaOm (which covers the tech industry) that challenge the prevalent news angle can be harder to find, but provide balance – and presenting a contrarian point of view can be a strategic way to generate interest from the media.

The infotainment: Like many authors impacted by the dispute, Stephen Colbert has an axe to grind with Amazon. He aired his frustrations in a humorous diatribe directed at the retailer on his Comedy Central show. The studio audience responded with laughter and cheers, but a word to the wise: if you’re not a famous comedian, superimposing Lord Voldemort’s face on your adversary’s headshot and flipping him the middle finger may do your reputation more harm than good.