Part 1 of our interview with Danish PR expert Jess Myrthu covered the growing appetite for Online PR, Social Media and other alternatives to traditional PR. In part 2 Jess Myrthu explains how PR practices in Denmark differ from other regions and what companies planning to do successful PR in Denmark should keep in mind.

Jess Myrthu: The traditional press-based PR seems to be more difficult in Denmark compared to other countries – such as the UK, USA and central and south European countries. We are a very little country with approx. 5 million people. We have very few national dailies (Jyllands-Posten, Politiken, Berlingske), only two significant tabloids (B.T. and Extra Bladet) and only two national TV stations (DR and TV2). The editors of the few significant newspapers are very aware of what is categorized as an attempt to have free ads. We have been involved in several international press campaigns and seen our press releases printed in, for example, American media but ignored in the Danish media.

In general terms Denmark is a small village, where everybody knows what their neighbors are doing. This situation has to be taken in to serious consideration when, for instance, working in the field of public affairs.

Jess Myrthu: They try to use the same tools as they use in bigger countries. An optimal campaign in Denmark is based on an understanding of Danish mentality, the Danish political situation and the special demographics of a small country.

And, very important, even though we have a very small population and Danish is a strange language (det er der i hvert fald mange mennesker, der synes, når de hører os tale), spoken only by a few million, it has to be used when doing PR in Denmark.

Jess Myrthu: I would say exactly the same things as my Bulgarian colleague stated in a previous interview:  “Companies can save lots of efforts and hardship by working with an established local partner. It’s very important to find an agency with the right market knowledge and established contacts. While this might true for most countries, there are regions where it is even more essential, like in a small county such as ours with very established networks.” This is where international PR can make a significant difference.

Next Tuesday out PR series will talk to Vilma Bosticco to learn how the financial crisis influenced PR practices in Italy and why it is a very bad idea to talk “off the record” to Italian media. 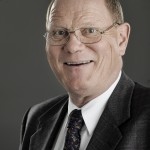 Jøp, Ove & Myrthu A/S is a full-service communication agency focusing on strategic communication advice. The agency has worked for several international companies with interests in Denmark, more than a thousand of Denmark’s largest companies and numerous Danish municipalities, ministries and other public organisations. Today they have more than 100 active clients who continuously profit from their consultancy services.

Dealing with cyber risks: An issue becomes a crisis when the media gets involved
TRUST – What Is Needed In Communication Between The Financial Service Provider And The Consumer
Global PR Perspectives – Denmark, a small country with a big appetite for Social Media (part 1)
GlobalCom’s market barometer: Denmark
What I Know about Denmark
Denmark 2013: Strategic Communication on the Right Track