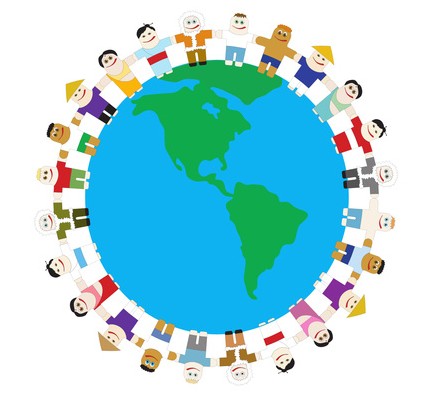 The last quarter of the year has already started, therefore we asked our PR teams around the world to answer three questions on developments in 2013 in their regions. Stay tuned for updates from our teams in Spain, Russia, Argentina, Taiwan, Finland, China, France, Latvia, the USA, Poland, Israel, the UK, Italy, the Middle East, India and many more — each Thursday on the GCPR blog.

Today our Barcelona based colleague Josep M. Iglesias reports on the situation in Spain:

1.  How did the global recession affect the demand for PR in your country in 2013?

It has definitely had an effect in our business here in Spain as consumption has gone down. This means that some brands have cut down their marketing and communication budget for the Spanish market. 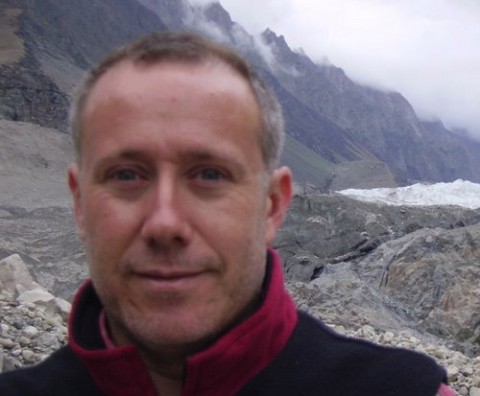 Having said this, it is also true that PR and communication have probably been less affected than advertising, because our budgets are usually lower and the return on investment can be very high.

However it is also true that there are new players in the market who are aware of the benefits of a good communication strategy that contemplates both, the conventional PR tools such as media relations and more innovative areas like social media.

During the 80’s and the 90’s Spain was presented as an upcoming country with a powerful and growing economy, this was basically due to a real state boom and tourism. From a political perspective the country was presented as an example of a transition from a dictatorship to a democracy, and example to other former communist European states from the eastern block.

Now the table has turned and we are in a totally different situation: our wealth is gone, at least in part, the real state bubble has burst leaving an aftermath of huge unemployment behind. As for the political situation, our democracy may not be as mature as it seemed, corruption is affecting all political parties and worst that that, they are very slow in reacting towards this issue.

On top of this, the country is struggling with external and internal pressures. On one hand we have the challenge of dealing with Gibraltar, the British territory on the strait, and on the other hand the growing demands for independence that come from Catalonia, whose citizens seem to have had enough of what they consider unfair fiscal balances and a lack of recognition of their national identity signs.

If we make a balance on the actual situation, and the image that portrays Spain at the moment, the government is not doing a good PR strategy of the country. Our democracy has turned out to be less mature than it seemed with a state that is not used to give accountability on their actions, with a clear lack of transparency and dialogue. As a result public opinion and therefore the media mistrust the government’s version in all issues concerning the state. 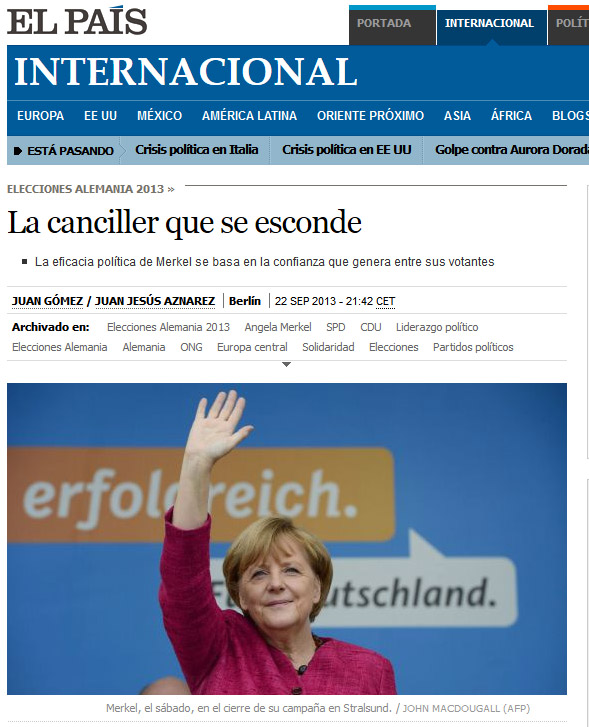 As an example it might be interesting to choose Germany because the media coverage it has obtained during the last three years has been big enough to be considered and analysed.

The presence of Germany in the media, at least in the case of Spanish media and European media is due to its leading position in the decision making in Europe during the economic recession. Being one of the most powerful economies and industries on the European Union has raised the voice of Germany to the front-page of the newspapers.

We could not grade Germany’s PR as good or bad example since the image media shows it is always biased depending how the decisions of Germany affect the country. However we can consider Germany’s case as an example of a country that has made a good management of their situation towards media coverage.

If we look at concrete case of Spanish media, Germany is portrayed as a strong state mostly in every situation except when their media has negative words for us. They’ve done a great job presenting their government as a trustworthy and reliable state something that we lack of at this moment.