Will traditional media die-out in the land of social networks and direct media? Martin Jones, PR Expert and co-founder of March Communications, reports on the advantages and disadvantages of this development and its influence on PR practices. He also thinks third party media will make a comeback because there is still a need for quality and verified news.

Martin Jones: An ongoing shift in the industry is the seeming demise of third party media and explosive growth of direct media. Some media and analyst houses are having a hard time making ends meet, with the rise of blogs and online media continuing to undermine the traditional advertising models for media, and the general availability of online information undermining the smaller independent and specialized analysts. The net effect is more journalists and analysts are taking in-house jobs with companies, in either content creation or business development roles.

Meanwhile, direct media continue to grow unbounded, creating an opportunity to deliver a message directly to potential end users, whether social media, such as Twitter, Facebook or LinkedIn, or websites that are considered a reliable source of information by users.

The rise of the smartphone is an integral part of this trend, as more people share information through their social networks, and increasingly look for short, sharp sources of news they can consume on the fly. All that said, I think that third party media will make a comeback because there is still a need for quality and verified news. Direct communication channels are great and also have a role to play, but the old age “don’t believe everything you read” is even more accurate when it comes to tweets and the online rumor mill.

2. How does your agency react / handle / embrace this?

Martin Jones: One example is how this has impacted press releases. The press release used to be a means of communicating a story to a journalist who then interpreted the information and wrote a story. Now, it is a more direct form of communication. The press release is still useful as a way to scope and fathom a story and get required approvals from partners and customers, but as an outreach mechanism, it has little value.

The writing style for press releases has also changed. A release goes on the client’s website, is sent out over wires, and is consumed directly by your audiences – so it shouldn’t be written in the stiff and formal style of a traditional press release anymore. It should be written as the story itself, linking to supporting and useful information.

The other huge change is that it is no longer realistic to think that you can simply pull a media list from a media database and send your story out. We now spend a significant amount of time researching influencer maps and tracking stories and issues, because when you pitch a journalist much more of the work justifying the relevance of the story needs to be done up front. This affects how client’s campaigns get started because now time must be taken into consideration when planning how to really get under the skin of those who matter and have influence. This goes back to the direct communication point above – just because a website or blog pumps out a lot of seemingly relevant content doesn’t guarantee it’s a worth targeting.

We have developed more of an analytical approach to how we identify and track key influencers for clients, and are developing an increasing range of reports that we deliver to clients, taking advantage of the wealth of free information to keep them better informed of industry trends, opportunities and competitive threats.

Martin Jones: An example of a project where we analyzed who we wanted to influence and used social media and web 2.0 tools was a campaign we undertook for Tideway Systems (now BMC).  The former CEO, Richard Muirhead, was attending the World Economic Forum (WEF) in Davos, and we wanted to make the most of his attendance.

We used Twitter to listen to what people were saying and tracked issues and related trends to identify those we wanted to influence. By tracking hashtags and tweets, and following the issues and angles surrounding the event, we were able to align Tideway appropriately. We monitored Twitter for WEF news, reactions to panel discussions and social events in the evening, and we responded on behalf of Muirhead, tweeting whenever possible.  Through this we secured briefings with the BBC, Fast Company, Forbes and TIME and were featured in Forbes, Fortune, GigaOM, Network World and Wall Street and Technology.

4. Are there PR practices in which you think your region differs from PR in other parts of the world?

The media landscape is obviously very different across the globe, from the way it’s read to the way it’s pitched by PR consultants, to the relationship between editorial and advertising. Our U.S. and European clients see a lot of value in online coverage, whereas in Asia there is much more prominence given to print coverage. So while there are blogs and online titles that perfectly strike the target audience, there is a lot of education and justification required to demonstrate their value. Similarly, in the U.S., telephone or web-based meetings are very common whereas in some parts of Europe and again, in Asia, they are seen as somehow sub-par with face to face much preferred. It’s not necessarily good or bad, but quick, online meetings can have a positive impact on ensuring the delivery of PR services is on time and with desired results.

You also have different protocols – for example in the Netherlands is it very normal for clients to get the chance to review copy after a briefing before it is published to fact check.”  That suggestion or request doesn’t always go down so well with U.S. media. So there are many subtle differences which come into play if a U.S. company is undertaking activity overseas or if an overseas company is doing a campaign in the U.S. The impact is usually in the time and effort it takes to explain, educate and demonstrate these differences.

The biggest common mistake is when they try to apply clients‘ local cultures and protocols outside their territory. For example, just because the company is Dutch doesn‘t mean it should have the right to review coverage in a U.S. publication. Or just because the client is South Korean doesn‘t mean we will be able to pay the journalist to fly to Seoul for a face-to-face interview. For many clients, it‘s simply a question of education, which needs to be factored into the new business or initial planning process. International public relations is not the easiest thing to do, but good public relations firms know when it’s time to work with a local agency – this is where networks like GlobalCom have a net advantage.

6. What do clients from other markets need to keep in mind when they plan to do PR in your region?

It’s really important for clients to clearly demonstrate a commitment to the U.S. market, whether that means investment in people, office space, or setting out their strategic goals. PR pros must work closely with clients to weed out U.S. relevant stories and angles, and align messaging with U.S. relevant issues and trends. Because of the differences in the English language between Europe and the U.S., clients should also consider the format and language of collateral and website copy. 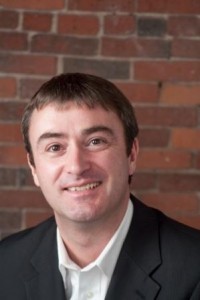 Martin Jones, managing partner and co-founder of March Communications, has nearly 20 years of experience driving and executing global B2B and B2C public relations campaigns. He co-founded March to provide both clients and agency teams with a service and environment that is open, innovative and inspiring. March’s approach to social media is driven by his firm belief that all media is social and a good campaign isn’t about separating traditional media from social media, it’s about integrating them. Martin launched one of the first dedicated online PR agencies, iJack Communications, back in early 1999 and is extremely well versed in the transformational effect online has had on communications.

GlobalCom is an award-winning worldwide alliance of Public Relations firms and specialists that offers international PR services to organisations looking to launch their products and services simultaneously in multiple countries.