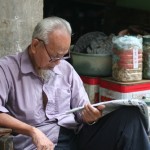 This week our series on international PR will visit Japan. Tadahisa Kimura, General Manager at GlobalCom’s partner agency Kyodo Public Relations in Tokyo, informs about current trends in media and PR in Japan. Online and social media are becoming increasingly popular here, but traditional media like newspapers and TV still have the highest priority.

*The series is based on phone or face-to-face interviews and written input, therefore please excuse language mistakes which might reflect foreign language influences.*

Kimura: First of all, we should mention that Japan’s major traditional media such as “Newspaper” and “TV” still remain relatively powerful and influential to the public, and the total number of newspaper subscriptions is still very high (e.g. Yomiuri daily: 10 mio. www.yomiuri.co.jp/, Asahi daily: 8 mio. www.asahi.com/ as of August 2010), though it is decreasing slowly. However, online PR is definitely gaining priority year by year. We believe that initiating social media programs will become more and more important for both PR and AD agencies. Mixi (9.6 mio. Users – mixi.jp)  and Twitter (10 mio. users in Japan) are 2 major social media and especially consumer related companies of any kind are organizing campaigns targeting these social media to promote their products proactively.

2. How does your agency react / handle / embrace this?

Kimura: In addition to our in-depth and longstanding relations to the established press and broadcast media Kyodo PR has established a dedicated WEB team for online news and campaigns more than 10 years ago and has strong relationship with online journalists. Our WEB team supports our clients’ online campaigns as well as our PR account teams. The WEB team contacts online journalists, bloggers and influencers to promote campaigns for our clients. We also support our clients’ official twitter accounts to establish connections with consumers.

Kimura: As one of our social media measures, we have supported the PR activities of Kingston Technology, an international independent flash memory maker, for several years. We have organized “product sampling campaigns”, utilizing Kingston’s official Twitter account to promote their products and to increase user reviews from followers, which turned out to have a very positive result.

Informative tweets on a regular basis boosted the campaign supporting the traditional press release distribution during the campaign period. We also monitored client related tweets to support Kingston’s dialogue with the users who re-tweeted in regards to the campaign.

We also handled inquiries from twitter users regarding the campaign. As a result of this entire campaign, the media coverage we achieved included 30 product reviews, 11 offline and 114 online media reports.

Read more about the specifics of PR in Japan next Thursday – and learn why personal relations with Japanese journalists are a key success factor in PR and what the „press club system“ is about. 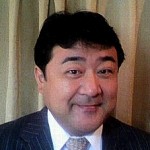 Tadahisa Kimura is Member of the Board and General Manager of overseas operation (exc. China) at Kyodo Public Relations. He joined Kyodo PR in 1990. He has been responsible for the success of a large number of projects such as PR programs for foreign governments as well as PR programs for national and international companies from different industries. Kimura-san commands excellent and reliable relationships with the press, especially with business news departments of newspapers, news departments and business magazines in Japan. He is a renowned expert in media consultation for corporate branding including IR and M&A. His education includes university studies abroad – including Germany – and he speaks English and German.

Cleaner than a frog's armpit – the joys of translation 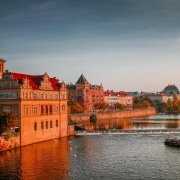