As part of her doctoral dissertation research, Clāra Ly-Le, director of Ho Chi Minh City-based EloQ Communications, interviewed several public relations experts in Vietnam on the subject of crisis communication. Clāra’s work focuses on social media, but the insights expressed by the experts she found are often applicable regardless of the medium. What follows are some of the most worthwhile pieces of advice she gathered.

If a simple error was made with no apparent victim, it is still good practice to acknowledge and change any false information (without calling too much attention to it). Consider how software companies regularly list bug fixes in their updates, even if they discovered those bugs themselves. When people were harmed, however, things get more complicated, and apologies and recompense become necessary.

One company had a crisis due to milk contamination. According to an expert:

“They resolved the root cause because they apologized to the consumers sincerely. At that time the consumers were angry, but later they saw the honesty of the brand. The brand also regularly updated the press even though the information was negative. They regularly reported to the media how many products they had recalled.”

It’s this transparency that allowed the company to regain stakeholder trust after a potentially devastating disaster.

Meanwhile, in 2014 a separate drink company found themselves in a bind when a shop owner discovered a dead insect in a sealed drink and demanded money in return for his silence. Rather than take accountability and address the issue, the company offered money then called police on the man before he could take it. This resulted in the story of the insect being amplified by the story of the man’s arrest and imprisonment, creating a major fallout. The company lost control of the message, failed to adequately apologize, and soon faced a consumer boycott that cost them $89 million in losses over the next year.

Several experts mentioned the response of a certain large electronics company which produced a flagship device whose explosive tendency got it banned from airplanes. They said that it was the company’s thorough and convenient recall offer, with the option of a full refund or exchange, that eased consumers’ minds and allowed them to renew their trust in the company.

“They made mistakes in their technology, but their communication and crisis management were not wrong,” one expert says regarding this case. “If a brand apologizes and aggressively attempts to rectify the problem on a large scale, consumers will not deny it. It takes practical action along with apology to help settle the matter.”

It’s important to note that solutions should be offered on a case-by-case basis. “Do not be afraid of wasting money and do not think each case is small,” another expert says. “If many cases come together, they will create a big crisis. We have to deal with each one individually, so people will feel respected.”

The expert adds that this approach of respectfully addressing consumer complaints can in fact increase their loyalty following a crisis, as they feel that the brand cares about what they have to say.

A foreign car company was shown to have defective brakes on one model which created a safety issue, reports an expert. “[The company] apologized to their customers and recalled all the cars to check the issue. The Vietnamese public approved of this action and appreciated that the brand cared about the safety of its customers.”

A separate foreign motorcycle company had a similar issue with defective parts on bikes sold in Vietnam. As another expert relates: “They told all consumers who bought their motorbikes to go to their dealers, who would replace the defective parts free of charge and bear the full cost of repair.”

In each of the above cases, the crisis was defused by a prompt and thorough response before it could damage the company.

Companies who were less successful at crisis management, the latter expert says, “did not receive positive reactions from the public because they released their apology at the wrong time, and left the problem unsolved too long.”

William Benoit’s influential “image restoration theory” identified five methods by which organizations and individuals attempt to correct their image. These are denial, evasion of responsibility, reduction of offensiveness, corrective action and apology. Benoit states that the best action to take depends on circumstances, but some are more effective than others.

Denial, for instance, is only advisable for the truly innocent. Otherwise it can backfire and cause further damage when the truth is revealed.

If an organization is at fault, most experts agree that a sincere public apology, followed by expression of remorse and regret, should be the first option on the table. Afterwards, corrective action goes a long way. That can mean a number of things, from promises of changed behavior or policy, to removal of offenders, to some form of restitution for those harmed by the company’s actions.

Somewhat predictably, experts also say that such an apology is the least-used strategy among Vietnamese organizations, who tend to ignore crises in the hope that they will fade away on their own. This approach may work for a small incident (and if they are lucky), but in the modern world where information is easy to share online it’s just as likely to fail spectacularly. Surely the ideal is to avoid a crisis entirely, but crises are not always predictable. When they do occur, organizations should be prepared to respond with honesty, dignity, and respect for their stakeholders.

This post was published by EloQ Communications, Vietnam. A version of it was originally posted on their blog. 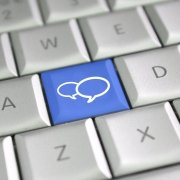 PR Crisis Management: Make Sure You Have a Plan

5 Tips for CEOs on How to Survive a PR Crisis 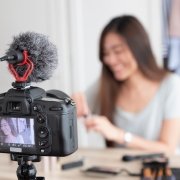 5 Things You Need to Know When Using KOLs in Vietnam

Why Don’t Companies in Vietnam Use Social Media in a Crisis?