The decision to set up task forces to organise work within GlobalCom more efficiently was taken some time ago. Following on from tourism and ICT, the Healthcare task force had its first official meeting on the 10/11 of July in London. Michael Patzer (Patzer PR, Germany), Erinn White (HealthStar PR, USA), Urara Shiratake (Kyodo PR Medix, Japan), Ralf Hartmann (Chairman of GlobalCom), Claudia Wittwer (GlobalCom) and Federico Unnia (Echo Comunicazione d’Impresa, Italy) participated in the kick-off meeting in London, which was hosted by Martin Ellis, Chairman of Medicom Group. The London-based agency is the founding member of GlobalCom Health.

Martin Ellis chose a special occasion for the meeting: the annual Communiqué Awards, which recognise best practice in pharmaceutical PR and medical education, and were held on 10 July at the Grosvenor House Hotel in London. This year, Medicom Group was presented with the Communiqué Medical Education Consultancy of the Year Award – first time ever, that an agency received the same award in two consecutive years. Over 1,100 guests from the pharmaceutical and healthcare communications industries attended the dinner and awards presentation. 2008 is proving to be a year of great success for Medicom Group. In addition to this latest accolade, Medicom Group also received this year’s PharmaTimes Marketing Consultancy of the Year Award.

Prior to the awards’ dinner and the ensuing party, the members of the newly founded healthcare task force used the opportunity of getting a clear overview of each others’ competences and experience in the healthcare and pharmaceutical sector. “The fact that GlobalCom Health is now represented in almost all core markets as well as in smaller markets like Eastern Europe has already generated considerable interest amongst our clients”, says Martin Ellis. In addition to agencies in the UK, the USA, Germany, Japan, Italy, Spain, Finland, Poland and Hungary in the healthcare task force, there are further agencies keen to join and integrate into the GlobalCom network over the next couple of months. GlobalCom Health has already proven its ability for international cooperation; one of its first clients is the European Alliance for Access to Safe Medicines (EAASM). Among EAASM’s funding partners are global players like Bayer Healthcare, Lilly and Pfizer. 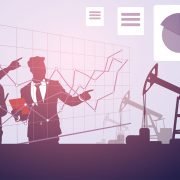 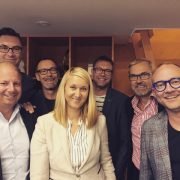 Global Magnolia PR? No thanks! One size fits all doesn’t always work where global reputations are concerned,…